Marie Howe and Richard Blanco Reading Their Poetry in Paterson

The Distinguished Poets Series of the Poetry Center at Passaic County Community College (PCCC) is presenting a reading by Marie Howe and Richard Blanco on Saturday, March 4.

The reading is at 1 p.m. at the historic Hamilton Club, 32 Church St., Paterson. The program is free and an open reading follows. Parking is available at the PCCC open faculty lot on College Blvd., between Memorial Dr. and Church St.

Born in Rochester, New York, Marie Howe attended the University of Windsor, and earned an MFA from Columbia University, where she studied with Stanley Kunitz, whom she refers to as “my true teacher.”

Her first collection, The Good Thief (1988), was chosen for the National Poetry Series by Margaret Atwood, who praised Howe’s “poems of obsession that transcend their own dark roots.” In that collection, Howe’s oracular yet self-doubting speakers often voice their concerns through Biblical and mythical allusions. Kunitz, on selecting the book for the Lavan Younger Poets Prize from the American Academy of Poets, observed, “Her long, deep-breathing lines address the mysteries of flesh and spirit, in terms accessible only to a woman who is very much of our time and yet still in touch with the sacred.”

In 1989, Howe’s brother John died of an AIDS-related illness. As Howe states in an AGNI interview, “John’s living and dying changed my aesthetic completely.” What the Living Do (1997), an elegy to John, was praised by Publishers Weekly as one of the five best poetry collections of the year. Stripping her poems of metaphor, Howe composed the collection as a transparent, accessible documentary of loss.

In The Kingdom of Ordinary Time (2008), Howe distanced herself from the personal narrative and returned to, as she describes in the AGNI interview, her “obsess[ion] with the metaphysical, the spiritual dimensions of life as they present themselves in this world.” In these poems Howe “makes metaphor matter and material metaphysical,” according to Brenda Shaughnessy in Publishers Weekly.

Howe has taught at Sarah Lawrence College, Columbia University, and NYU. She coedited (with Michael Klein) the essay anthology In the Company of My Solitude: American Writing from the AIDS Pandemic (1994). She has received fellowships from the Bunting Institute at Radcliffe College, the National Endowment for the Arts, the Guggenheim Foundation, the Academy of American Poets, and the Fine Arts Work Center in Provincetown. She was the Poet Laureate of New York State from 2012 to 2014. She lives in New York City. 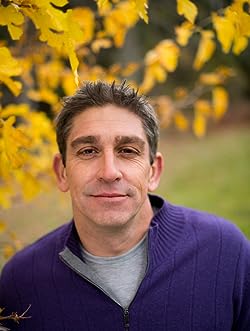 Richard Blanco is one of the most beloved and influential poets and storytellers writing today. As a historic inaugural poet, public speaker, teacher and memoirist, he continues to invite audiences to reconnect to the heart of the human experience and all of its beautiful diversity. Through the power of his words and presence, Blanco taps into out unspoken dreams, hopes and frustrations. He captures the human spirit and condition, in all of its complexities, opening up our minds and encouraging us to see beyond our differences to share in the universal experience of our humanity. Just as Carl Sagan brought cosmology into our living rooms, Blanco is appealing to audiences everywhere and inspiring a new way to think and feel about the poetry of our day, making it an accessible, inclusive and transformative part of our everyday lives.

Blanco was born in Madrid in 1968, immigrating as an infant with his Cuban-exile family to the United States. He was raised and educated in Miami, earning a B.S. in civil engineering and a M.F.A. in creative writing from Florida International University. Blanco has been a practicing engineer, writer and poet since 1991. He has traveled extensively in his adult life, living and working throughout Europe and South America. He has taught at Georgetown University, American University, Writer’s Center and Central Connecticut State University. Blanco currently resides in the tranquil mountains of Bethel, Maine.

In 2013, Blanco was chosen to serve as the fifth inaugural poet of the United States, following in the footsteps as such great writers as Robert Frost and Maya Angelou. Blanco performed One Today, an original poem he wrote for the occasion, becoming the youngest, first Latino, immigrant and openly gay writer to hold the honor.

Following the inauguration, he continued connecting communities through occasional poetry. He has written and performed occasional poems for such organizations as Freedom to Marry, the Tech Awards and the Fragrance Awards. In May of 2013, Blanco wrote Boston Strong, an occasional poem he performed at the TD Boston Garden Benefit Concert and at a Red Sox game at Fenway Park. Following his performances, he released a limited edition Boston Strong chapbook, with all proceeds going to those most affected by the Boston Marathon bombings.

Blanco continues to write and perform for audiences around the world. In addition to his occasional poetry and performances, he is currently working on a full-length memoir and is collaborating with renowned illustrator Dav Pilkey on a children’s book.
Posted by Ken Ronkowitz at 8:30 AM