The Poetry Center at PCCC is pleased to present as part of its revised Distinguished Poets series a virtual reading by Richard Blanco on Saturday, October 3, 2020, at 11:30 a.m.ET.

The reading will be available at that time live https://youtu.be/RzF_No2wFX8 and later archived. 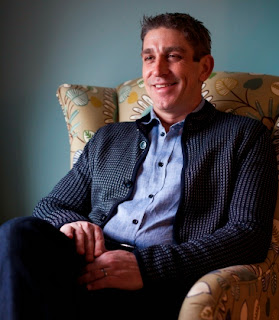 Richard Blanco was selected by President Obama as the fifth inaugural poet in U.S. history. He is the youngest and the first Latino, immigrant, and gay person to serve in such a role.
Born in Madrid to Cuban exile parents and raised in Miami, the negotiation of cultural identity characterizes his four collections of poetry: City of a Hundred Fires, which received the Agnes Starrett Poetry Prize from the University of Pittsburgh Press; Directions to The Beach of the Dead, recipient of the Beyond Margins Award from the PEN American Center; and Looking for The Gulf Motel, recipient of the Paterson Poetry Prize and the Thom Gunn Award. He has also authored the memoirs For All of Us, One Today: An Inaugural Poet’s Journey and The Prince of Los Cocuyos: A Miami Childhood, winner of a Lambda Literary Award.
His latest book of poems, How to Love a Country, both interrogates the American narrative, past and present, and celebrates the still unkept promise of its ideals.
His website is at richard-blanco.com
Posted by Ken Ronkowitz at 11:30 AM